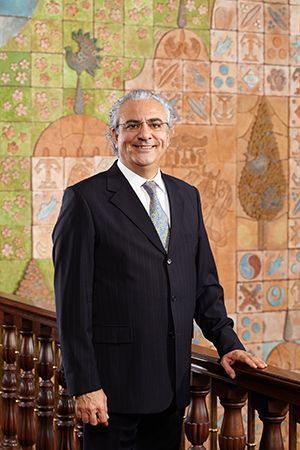 He was born in 1966 in Ordu. He studied at Galatasaray High School, Ankara University Faculty of Law and USA Texas University Faculty of Law. Since 1993, he has been working as a self-employed lawyer in Ankara, as a lawyer and arbitrator in various domestic and international arbitration cases, and since 2016 as a mediator registered in the Ministry of Justice Mediators Registry.

Since 2006, he has participated in numerous national and international mediation training in addition to acting as a mediator and party advocate in mediation negotiations domestically and internationally. Arıkan has also participated in panel, symposium, seminars and similar events as a participant, speaker and session chair. Between 2001-2006, he taught English Contracts, International Trade Law, Alternative Dispute Resolution as a part-time lecturer at Ankara University, Faculty of Law, Banking and Commercial Law Research Institute. In the 2015-2016 academic year, he gave an elective Alternative Conflict Resolution course at TOBB University Faculty of Law.

Continuing his work as the Vice President of the Turkish American Association and the American Bar Association Representative in Turkey, Arıkan, is fluent in English and has an excellent command of French.